Coach Feasel is excited for the 2018-19 season for the Brave's basketball program from the Varsity team to our 3rd grade travel teams. 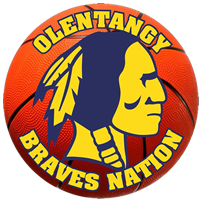